A downloadable game for Windows, macOS, Linux, and Android

Suddenly, Kai realizes that he is standing in front of someone's tombstone in the cemetery. He can't remember anything about how he got there, and just as he decides to leave, he sees a girl running through the cemetery, pursued by a ghost with a sword. Trying to help the girl, Kai takes refuge with her in a nearby church, but the ghost continues to pursue them. The fugitives have no choice but to descend into the church's ancient catacombs and hope that they can find another way out...

* Few cute characters with their own quirky personalities

* Playtime that varies from 1 to 2 hours

Note 1: The game wasn't made by us (Patchy Illusion Team), but we have the developer's permission to translate and share it.

Note 2 (important!): The game movies have been fixed, and they are supposed to work now for both Windowed and Fullscreen modes. In case anybody got crashes on movies, please tell us about it in the comments or through direct message.

How to launch the game:

2. Unpack the game's folder from the archive.

How to launch the game on Linux:

Unfortunately, you won't be able to watch the movies while playing on emulator. You can still watch them separately in the "Movies" folder.

How to launch the game on Mac:

3. Launch the EasyRPG Player (now inside the Data folder) and the application will prompt you to grant EasyRPG Player permission to access your desktop/wherever you had decided to download the game. Simply grant permission and the game should work!!

How to play on Android:

1. Get the Easy RPG Player from Google store

2. Download the game and put the main game's folder ("Data" folder by default) into the "easyrpg/games" directory

3.Launch the EasyRPG application and choose the game (the movies won't be played on EasyRPG!)

*better rename the "Data" folder you've just moved there into something else (the game's name, for example), so if you move more "data" folders they won't overwrite each other

p.s: check the "ReadMe" file before playing the game, please.

i loved it, but it was abit confusing and hard

https://www.youtube.com/playlist?list=PL63fCb37hpZE-8RvgrUN-uxK6QLlBEnbH
very nice :D
only one ending left to achieve

Yo, thanks for the playthrough!

Nah, it's more about suspense

Another RPG Maker gem I can enjoy now. I also played Devil in the Mirror thanks to you!

I really wanna play this game but t won't work for my Mac air :[[

perhaps EasyRPG will make it work. The folder has the windows executable for it, but you can get a Mac version here

Thanks for translating the game! Always cool to try out these lesser known RPGmaker games that were never properly exposed to English-speaking audiences.

By the way, I've noticed that I had a tighter time limit on the last puzzle during the Ending 1 route, a minute as opposed to 90 seconds. I don't know if it was just me, but I definitely died many times on the last part!
Reply
Patchy Illusion Team321 days ago(+2)

Thank you for the stream, too. Regarding the timer: yeah, the original time was considered as too long. It was shortened to a minute, so players would be able to see the bad ending as well.

Can I somehow play it on android??

Yes. First, get Easy RPG Player from google store. Then just put the game's "data" folder into "easyrpg/games" on phone.

Mind you, the movies won't be played on emulator. But since they're only being shown in the endings, you can watch them separately from "Movies" folder of the game.

Thanks alot now i can finally survive my boring math lecture😇😆

Hello! Thank you so much for translating the game! I have one problem tho, I sincerely hope you can help me. (;-;) I reached Ending 1, well, (SPOILER) the scene where they're all inside the church and talked about being friends forever. Will there be a cutscene and credits after that? All I can see is a black screen. (T^T)

First of all, what OS do you use? I think, Mac and Linux users could have problems with playing movies.

Fix: no need to switch screen modes during the movie playing. Try to do this before it starts.

For some users, the movies won't work in fullscreen, but work when windowed.

Also, if nothing would help (let's hope it won't come to this), you can always watch the movies separately from the "Movies" folder.

By the way, did you get the same problem with the other movies in the game? For example, when you get caught by Suzette in the church at start?

Hello! My OS is Windows and I set it to the windowed mode. The only movies/cutscenes I encountered were when I got the three endings (2, 3, 4). :(( I did see a movie when I got caught by Suzette at the stairs. I just couldn't see the cutscene for Ending 1. (;-;) I'll just watch it manually, right? (;-;)

Yeah, you surely can just watch them from the folder. Still, that's weird that all of them have been played well besides the first one.

Unfortunately, movies and Rm2000 don't really like each other, hence some people still could experience problems depending on their pc environment.

Yeah, I feel sad that I wasn't able to see it as the others. :(( But, thank you so much for accommodating me!! 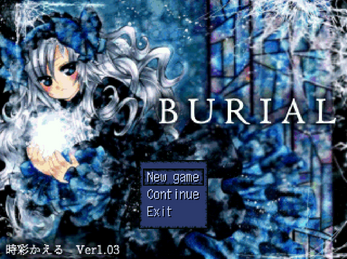 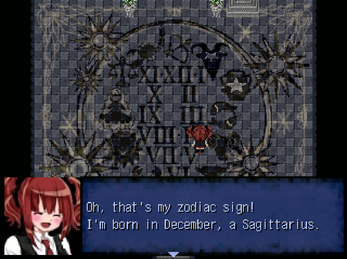 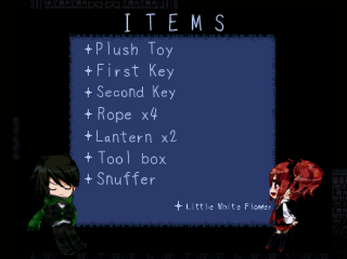 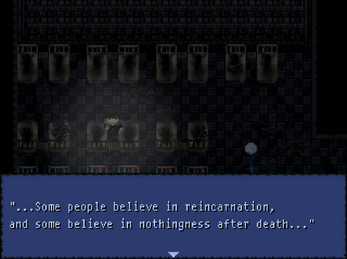 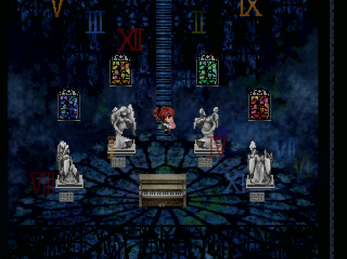